Top 8 Reasons to Love Smith Machine Instead of Hating It

No matter which gym in the world you visit, you’ll find someone having a good time hating on the smith machine. Yes, the smith machine has gained a lot of hate from coaches and big dudes who love going hard. Well, I will admit, I was one of them too.

Barbells loaded with heavyweights, heavy dumbbells, plates no less than 45s, is something comes into mind when you hear the word bodybuilder and it’s true, it’s the currency of all the hardcore lifters. But, that’s true that from all types of equipment, smith machines have taken most of the abuse, even from the functional training crowd.

It might sound bizarre to you, but, smith machine is also one of the effective equipment similar to those free weights. You can almost do all types of exercises that you can do on the barbell. Also, it’s capable of making you big enough as much as barbells and dumbbells can do.

Yes, you can do certain types of hypertrophy exercises on the smith machine. Another apparent reason that it’s okay to incorporate a machine when any injured person wants to train where trying to stabilize yourself can be challenging, and you still want to train while rehabbing. In such scenarios, the smith machine can be helpful.

You might have heard many coaches arguing that it takes the stabilizers out of the way, man up use free weights, smith machine locks you in and fails to provide natural curve when you perform a particular exercise. But that’s also true that in today’s date, many bodybuilders and even powerlifters make use of smith machines to focus their tension directly onto certain muscle groups without allowing secondary muscle movement instead of worrying about stability.

The smith machine you see in the gym is there for some good reasons, but if someone is not experienced enough to give the right details on it, it doesn’t mean that the smith machine itself is wrong. It has been favored for specific exercises even by legends like Mr. Olympia Lee Hany.

Enough said, let’s see some of the exercises for which it’s good to use the smith machine.

Smith Machine Is Great for These 8 Exercises

Below are some exercises that you can do using smith machine and many exercises you can even go heavy if you start fresh, as smith machine bar weight is relatively lighter than free weight.

Let’s look into it one by one.

Yes, whether it’s front squats or back squats, it’s excellent for both the types. For instance, if you look at standard front squats, your rhomboids are the weak part. Once your rhomboids fatigues or it’s not strong enough, you’ll not be able to hold heavy barbells in the rack position, and the bar will start falling forward. On the other hand, it’s relatively easy to hold the bar in the required rack position with the help of a smith machine. Even strongman and bodybuilders prefer utilizing the smith machine for their front squat exercises.

Also, if you’ve small quads or poor control on the barbell, the smith machine can prove helpful. Especially if the lifter has a short torso and a long femur, who bends over and face the issue of hip hinge during back squats, can target their quads effectively using the smith machine.

Apart from this primary benefit, you’ll be able to do high reps easily. For example, 20 reps set with the barbell, especially in front squats, can be challenging for the upper back, but with a smith machine, you won’t face such issues.

Whether you use a smith machine or barbell, the primary focus of hip thrust exercise will be on your glutes. But, doing smith machine hip thrusts, you’ll be able to take a full range of motion without worrying about stabilizing yourself, as you won’t need to overbalance yourself. Also, you’ll be able to go heavier without worrying about weights collapsing on the ground.

Yes, smith machine standing calf raise is good to go with. It’ll target the muscles of calves, especially upper calf muscle or the gastrocnemius. It can be performed from moderate to high reps. Like the calf machine, it’s helpful to add shape and size to calves and be more accessible to overload because the bar will move on a track, making it relatively easy to position and control it.

Behind the Back Shrugs

Behind the back with a barbell is good, everyone does it. But, with the smith machine, you get one benefit in movement. With a barbell, you can’t lean forward without losing your stability. With the smith machine, it’s possible to do so, which also helps to get that extra squeeze at the top with your entire upper back as hard as possible. Also, you can even bend slightly from the elbows to contract your upper back further.

While doing overhead press with a barbell, you might have noticed that you start getting stress on the lower back. However, if you perform the same exercise with a smith machine by adjusting the seat slightly forward or backward depending upon your shoulder comfort, it’ll completely take away that stress from the lower back. Also, giving you enough room to pressurize your shoulders and not your back.

And, yes, smith machine overhead press does help to build muscles, and it’ll help you get jacked. Even strongmen competitors use it during their training season, though in the competition they don’t.

The reverse grip bench press is usually done for triceps. Taking out the bar from the rack is immensely struggling as it’ll give bit pressure onto your wrists. Instead of free weights, if you use a smith machine, you’ll be able to move your wrists more freely then you can do using a barbell, as it’ll help to eliminate that stress you get from the barbell.

For many, it becomes challenging to keep elbows close while maintaining balance in the close grip bench press. If you use a smith machine, it’ll help you balance out the barbell, and also, you’ll be able to keep your elbows tucked inside, which will help to target your triceps instead of the chest.

Let’s dig into it.

4 Ways to Use Smith Machine to Increase Your Workout Intensity

It doesn’t matter which body part you’re training. Smith machine can be used for one or the other exercise. Besides techniques, it also helps you intensify your workout. and some of them are:

To perform a partial range of rep at the top, bottom, or middle, you’ve to balance your weight correctly. Here, with the help of the smith machine, you’ll be able to do so quickly.

If you’re performing negative reps, let say for 5 seconds down using heavyweight. You might need a partner to help you raise the bar after every negative. But using the smith machine, you’ll not need any as the smith machine will assist in slowly lowering the bar while raising it.

Rest pause is the technique that helps to build strength and also develops hypertrophy. With this technique, you perform any exercise until you reach failure. For instance, first going for eight reps instead of 12 and then take rest for 20 seconds, and then again try for 4 to 6 reps.

Again, take small 20-second rest and then again go for it, while increasing the weight in every set. Lastly, you’ll end up doing more reps than any standard sets, and with the help of a smith machine, you’ll be able to do it without losing focus and keep yourself stable and in proper form throughout the sets.

Let’s know what you think about it. Do you believe the smith machine must be incorporated, or else it must be thrown away in the dump and never be looking back at it again? 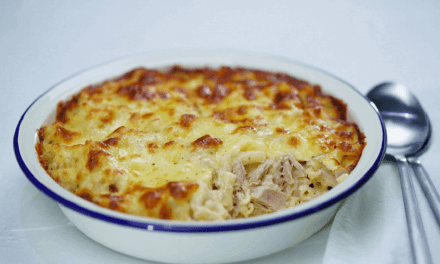 The Farmer’s Walk for Making Yourself Bigger, Stronger & Leaner 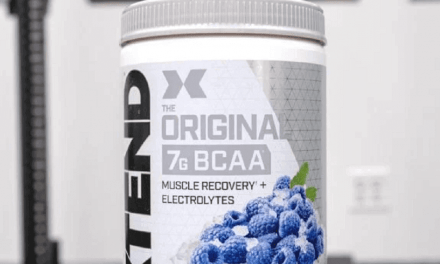