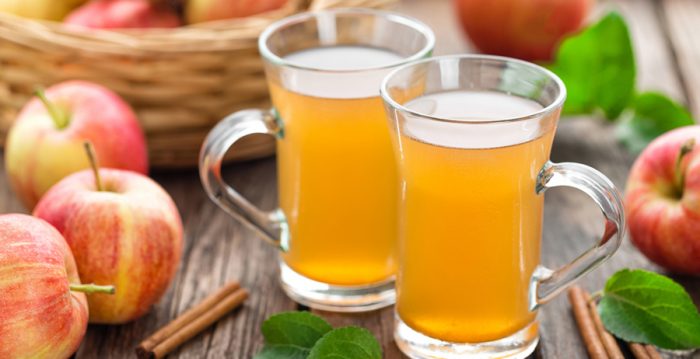 It’s not new to say, that our day starts with a cup of tea or coffee. Why not, it’s in our regular routine. From years and years we are following the same routine and of course it’s not harmful in an extent that we think about stopping it.  From past one year, I’ve ditch this habit and made a choice of taking a glass of water with 2 tsp Raw Apple Cider Vinegar & half lemon as a first thing after waking up on an empty stomach. I think it’s one of the best things I ever felt like doing so. In today’s date it’s one of the must have staple supplement for me which I like to take it on regular basis.

Apple Cider Vinegar – What is it?

It’s made by fermenting apples in a barrel made of wood. In other words, ACV (Apple Cider Vinegar) firstly is like an apple juice, but yeast is added due to which the fruit sugar of apple is converted into an alcohol. After that, bacteria are added to ferment the alcohol which in turns becomes acetic acid the main ingredient in this vinegar.

Raw Apple Cider Vinegar is not any regular vinegar you get in stores. It’s very powerful & healthy which is helpful to detox your body and flush out toxins. The benefit actually comes from the natural organic Apple Cider Vinegar with Mother. What is Mother? Well, if you have ever seen, then you might have noticed a brownish tinge to it & some stuff is floating inside. That floating thing is called as “Mother” which is formed due to the remains of apple & pectin.

It has many minerals like Calcium, Sodium, Iron, Potassium, Malic Acid and Pectin perfectly balanced in Apple Cider Vinegar which gives a reputation of a truly healthy thing to consume.

Acetic Acid one of the Main ingredient of Apple Cider Vinegar – What is it?

Apple Cider Vinegar contains about 4-8% Acetic Acid. It’s a SCFA (Short Chain Fatty Acid) which is produced by your body itself as a by-product whenever fat is turned into a fuel (Beta-Oxidation).  It’s shown that SCFAs are helpful in improving Glycemic Control (Glycemic Control is a medical term which is referred to typical levels of blood sugar, mainly for diabetic patient), which in turns reduces the risk of Type-2 Diabetes. Apart from this, it’s also been said that, Acetic Acid helps in lowering fasting plasma glucose & also improves insulin sensitivity.

You might not believe but it’s true that Apple Cider Vinegar is in use back from Egyptian urns. It has been used by the Greeks & Romans for healing and other purpose as well. During middle ages, it has been sold by street vendors of Paris as a health drink or tonic.

There are many claims that it offers numerous benefits to people who have acne, allergies, diabetes, flu, heartburn, high cholesterol, sore throat, weight loss and many others. These are all claims which have been studied, but according to my personal experience, I would like to share where I felt its benefits.  I’m using it regularly definitely I’ve seen some of its claimed benefits on myself.

As I’m having a high protein diet, due to that I do feel heart burn or acidity problem, & by just taking 2 teaspoon of apple cider vinegar with lemon and honey once a day (usually first thing in the morning on empty stomach), you can see the difference. Apart from this, whether it helps in weight loss or not, for that I would say it will aid in one or the other way, if your diet is on point.  Lastly, it also works as a laxative in some manner, as it definitely improves your digestion and also helps you if you have constipation issues.