Biceps Training: Train Brachialis to Add Thickness to the Arm

You are going to the gym and hitting every body part, and it won’t be hard to say that biceps or say arms are your favorite part to train. You like hitting them often. You wait for that day to come. But that’s also a truth that you can’t keep on hitting every day.

For example, you’re going hard with your biceps and seeing results. But still, something is lacking. You aren’t able to maximize the arm circumference or especially the size of your biceps peak. You tried everything. You even took triceps exercise seriously, but still lacking on the peak.

The solution is simple, to get the ball rolling, you must start addressing brachialis. Yes, it’s one of the overlooked and underlying muscles of the upper arm that helps to flex the elbow joint.

Similar to biceps, the brachialis is an elbow flexor which is positioned under the biceps. The best part is that it helps to push your bicep up as it starts growing, making your biceps appear taller in size. Furthermore, fully developed brachialis also grows overall circumference of your upper arm.

In other words, the brachialis is the muscle that shows up when you’re relatively lean. Even if you’re bulked up on chubby, it’ll make your arm look thicker if it’s well developed.

Now, another question arises on how to train your brachialis. Well, here we’ve top 4 biceps exercises that will help you develop those guns.

Here’s How to Train Your Brachialis

The best way to utilize brachialis muscle is through elbow flexion using a neutral grip, known as a hammer grip in the realms of bodybuilding. It takes away the stress from your biceps brachii and shifts it towards brachialis.

Furthermore, it’ll hit your brachioradialis as well. Though it’s quite visible as a forearm muscle, it’s also an elbow flexor, and you would like that to be developed, too.

So, which exercise to go for. The go-to answer is a hammer curl. As bench press is the king of chest exercise in the same way, hammer curl is for the brachialis muscle. Apart from that, some other exercises for training your brachialis are:

The above table shows the exercises that target brachialis directly while keeping the involvement of the biceps brachii and brachioradialis as low as possible. Whether you’re doing biceps exercises with dumbbells or you’re especially doing biceps workout for mass, these are the exercise that you can integrate into your training session easily.

You can even add varieties of hand position and arm angles for stimulation purposes, as the brachialis muscle has only one head, and it doesn’t cross the shoulder joint. But it applies to every muscle as a variety of reps, sets, and hand positioning helps to maximize hypertrophy.

Another commonly seen issue is that triceps brachii starts getting weaker and starts expanding because of reciprocal inhibition. If it continues and imbalance starts taking it over, the strength of upper body exercise will start hitting plateau.

Mostly it happens because elbow extensions and flexors have a relationship of an agonist and antagonist, and for making it work efficiently together, a balance has to be maintained. If one hinders too much, it can become one of the weakest points of the body.

Notes for Training the Brachialis Muscles

Below are some of the points that we suggest considering:

If You’ve Short or Overactive Brachialis We Suggest:

If You’re Training to Have Bigger Brachialis, We Suggest:

When anyone thinks of bodybuilding or wants to build a physique, biceps are the first thing that comes in mind. Those big guns are a favorite body part along with a big chest and shoulders. No matter how long you train, if you don’t give priority brachialis, you’re missing out on something.

Whether you’re genuinely interested or want to have bigger arms, proper training that involves brachialis muscle is essential. It’s one of those body parts, if it’s done correctly and grows optimally, it’ll make your bicep looks wider with the good peak on it that everyone dies for. Here we’ve suggested some common exercises that you can incorporate with your biceps training to get that sleeve-busting looks that everyone goes crazy for.

Wave Loading – One of the Ways to Get Bigger & Stronger 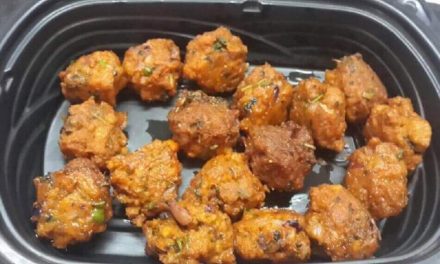