Ken Waller is one of the greatest golden-era bodybuilders who was popular for his appearances in movies like Stay Hungry and Pumping Iron that featured many popular bodybuilding icons like Arnold Schwarzenegger, Franco Columbu, and Frank Zane. Similarly, he was also known for his freckles, unique red & curly hair, and confident posing style usually unseen in professional bodybuilding in the 1970s golden era.

Ken Waller, also known as Kenny, is the former professional bodybuilder of the United States, who has numerous wins of bodybuilding competitions under his belt. Some of the popular winnings he’s known for include winning of 1969 AAU Mr. USA, 1975 IFBB Universe, and the major one, the 200+ Mr. Olympia of 1976.

Born and raised in Jeffersonville, Indiana, Ken’s interest in sports started once he enrolled at Western Kentucky University, where he even joined their football team “Tangerine Bowl.” After finishing college, Ken even served in the United States Marine Corps before retiring and joining the high school in Louisville as a teacher.

After joining as a teacher, he started transitioning back to his old days of playing professional football, which became his stepping stone for a career in the bodybuilding industry.

Nonetheless, let’s go through Ken Waller’s workout routine and find out how he used to train.

Lastly, here we’ve covered one of Ken Waller’s workout routines, so if you have questions about it, it’ll help you understand how he used to train. 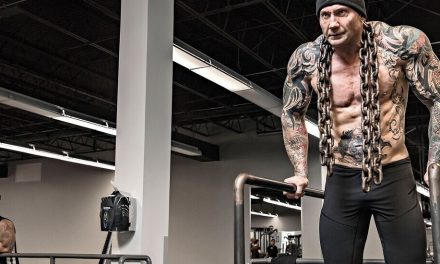