Jeff is highly passionate about sports since his school days. According to him, he got his first set of weights as a 12th birthday present, which included pair of dumbbells, bench press, 50 pounds of weights, 30 pounds barbell, and the very first training book called “Weight Lifting For Dummies.”

Jeff was a high school football player and an All-American Wrestling champion who planned his entire career in sports, believing nothing would go wrong. And had even planned to get a college scholarship paid through a sports program. However, it didn’t turn out according to the plans because of his ACL (Anterior Cruciate Ligament) injury.

From wrestling champion to high school football player and then being the youngest IFBB pro, Jeff has overcome a lot of obstacles, injuries while maintaining a strong belief that he’ll keep moving and keep giving more and more every time with a deep drive and a passion.

Nonetheless, if you’re wondering how he got his physique or what’s Jeff Seid’s workout plan then keep reading as we’re getting into the details.

Started from a very young age, Jeff has changed his workout and training splits from time to time,and one such is as:

He works out five days a week, and if he feels, he’ll go for his lagging body part on the sixth day.

On Saturday, if he feels like working out,he may train any of his lagging body parts, or else he’ll take a rest.

Note: Every other day, he prefers doing HIIT that includes 10 minutes bike workout where he keeps his RPM 120+ for 30 seconds on a level of 15 and then goes down to a level of 5 for 30 seconds as a resting period.

Jeff is working out fora very long time.And, often,he goes for bulking and cutting. Henceforth he’s strict with his diet routine that consists of 5000 calories.

Meal 8 – Before Going to Bed

Jeff Seid’s transformation is incredible, and that’s one of the reasons why he’s known as the King of Aesthetics. Haters may hate, but it’s the truth that Jeff has achieved with the sheer amount of hard work and discipline. And, if you’re wondering what’s Jeff Seid workout routine looks like, or you want to work out like him, then here you have it. It includes five days of strength training along with one extra session only if he feels he’s lagging any body part. 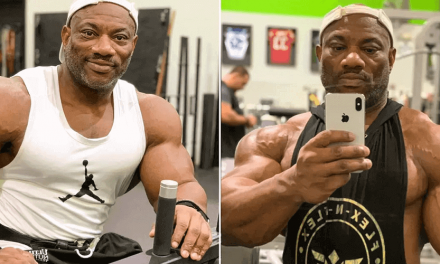 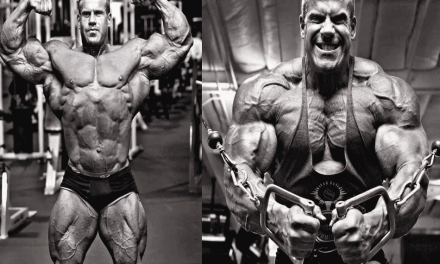