Named along with the world’s bodybuilding legends like Arnold Schwarzenegger and Lee Haney, Dorian Yates has also won the other 15 major contests besides Mr. Olympia. However, due to its injury, his bodybuilding career as Mr. Olympia didn’t last long. Still, he’s quite famous and also nicknamed as ‘The Shadow’ for his ability to stay out of public attention before a competition.

Dorian Yates was one of the few who has adopted the HIT (High-Intensity Training) method that emphasizes maximum effort and fewer reps.

Dorian Yates’s workout plan is massively based on Mike Mentzer’s workout routine A.K.A HIT training method. From his early days, Dorain Yates has read many books on training science, and Mike’s training philosophy was the one that has won over his heart. Like Mike Mentzer, he also focused on six to eight low reps for most of his body parts, including abs and legs. And he also similarly believed in force reps along with some drop sets, rest-pause, or partials.

Though Dorian’s workout schedule is four days and moderate cardio on non-training days for 2 to 3 times per week for around 20 to 25 minutes, he also emphasized that cardio shouldn’t be done after a workout as it can hinder your progress by reducing muscle gains.

Similar to Dorian Yates Blood and Guts workout, here below is another workout plan he used to do that you can give a try to. The plan is split into four days a week:

According to Dorian, the working set should be done with insanely hard intensity. And, once you reach failure, you should force yourself to do some extra partial reps. If you’ve got a gym partner, then it’s best that you take help of them in partial reps and go for negative reps, too.

Below is the Dorian Yates back workout:

Dorian use to keep a simple diet plan that included enough protein intake every two hours. One of his meal plans is as below:

Dorian Yates is a 6 time Mr. Olympia winner whose workout was heavily influenced by Mike Mentzer’s workout routine throughout his bodybuilding career. He always kept the emphasis on maximum effort using fewer reps.

Here, we’ve listed one of his workout routines, “The Age of Intensity,” a 4-day split, along with his sample diet plan that you can try if you’re interested in training like Dorian Yates. 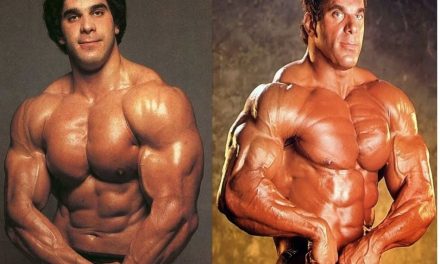